You are here: Home / Kearny 150 News / Kearny Celebrates its 150th Anniversary: Opening Ceremony to be held on Town Hall Steps on Thursday, April 27th, at 6 pm.

KEARNY, NJ – The Town of Kearny will officially kick off its year-long Sesquicentennial Celebration, “150 Years of Community,” on Thursday, April 27th at 6 pm with an event on the Town Hall steps commemorating the 150th anniversary of the municipality’s incorporation.

The commemoration of the municipality’s incorporation will begin at 6 p.m. on the Town Hall steps with a historical reenactment of the announcement of the original Charter of 1867 by a traditional Town Crier. Members of the local Boy Scout and Girl Scout Troops will lead attendees in the Pledge of Allegiance. The present Mayor and Council Members will also re-enact the town’s first official actions from 1867.

Festivities will then move to the adjacent Town Hall Park for a celebration concert by the 20-piece Starlight Orchestra. The musical group will be joined by narrator Robert Strauch who will provide the audience with historical context of Kearny’s past as a compliment to the evening’s musical selections. The event is free and open to the public. Those attending are encouraged to bring blankets and/or folding chairs to enjoy the concert in the park.

The Kearny Sesquicentennial Celebration will continue into the coming months with a series of commemorative events planned to mark the important milestone. For more details and updated schedules, visit www.Kearny150.org, call 201.955.7979 or “Like” Kearny 150th on Facebook. 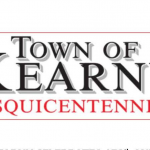