You are here: Home / News / Kearny Memorial Day Ceremony Recognizes and Honors Those Who Served and Made the Ultimate Sacrifice for our Country

The annual Memorial Day Parade took place on Thursday, May 23, 2019 at 7:00 pm. The parade line of march stepped off at Belgrove Drive and Locust Avenue and traveled south on Belgrove Drive, culminating in a ceremony held at the American Legion Post 99 recognizing those who died while in service to our country. The program featured remarks by Parade Grand Marshal James Pecora and Mayor Alberto G. Santos. John Cleary served as the Master of Ceremonies and many Veterans and their family members were there to acknowledge the sacrifice made by all Veterans, living and deceased, and to honor those who gave their lives fighting for freedom. UVO Liaison Councilwoman Carol Jean Doyle and Councilmembers Albino Cardoso, Marytrine De Castro, Richard Konopka, Peter Santana, Eileen Eckel, Susan McCurrie and Gerald Ficeto attended the ceremony.

Mayor Santos thanked Kearny’s veterans and the veterans’ organizations (VFW Post 1302, American Legion Post 99, West Hudson Marine Corp League Detachment 209, and the UVO) who lead them in remembering and extended appreciation to those who served our country, so that we never forget their sacrifice and their dedication to duty, honor and country. Mayor Santos lauded the men and women currently in the United States armed forces defending our freedoms around the world and looked forward to the day when they may come home safely to enjoy the freedoms they defend for all of us.

Members of American Legion Post 99 and VFW Post 1302 laid wreaths at monument locations honoring veterans in the Town of Kearny and the brave men who made the ultimate sacrifice in defense of our country and freedoms. 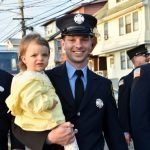 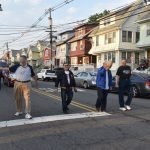 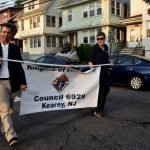 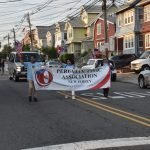 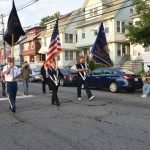 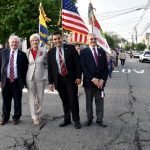 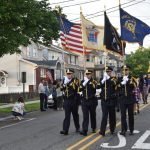 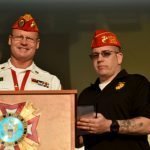 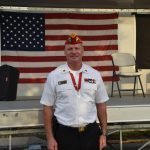 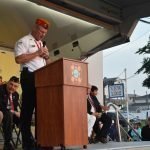 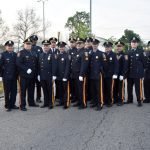 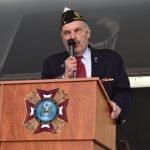 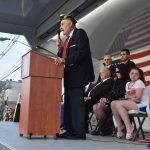 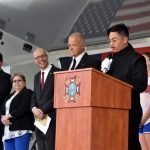 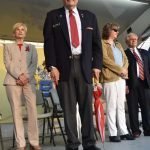 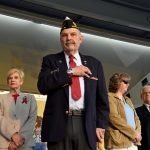 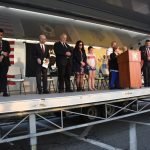 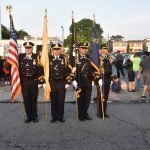 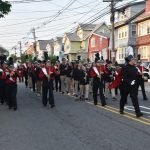 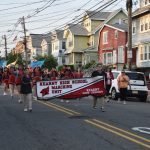 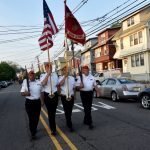 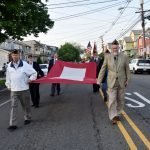 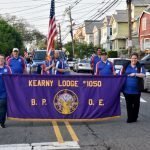 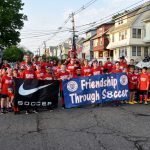 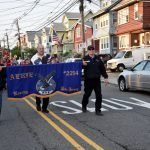 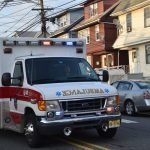