You are here: Home / News / Keegan Landfill Closure Order is Signed by the Town, NJSEA and NJ DEP 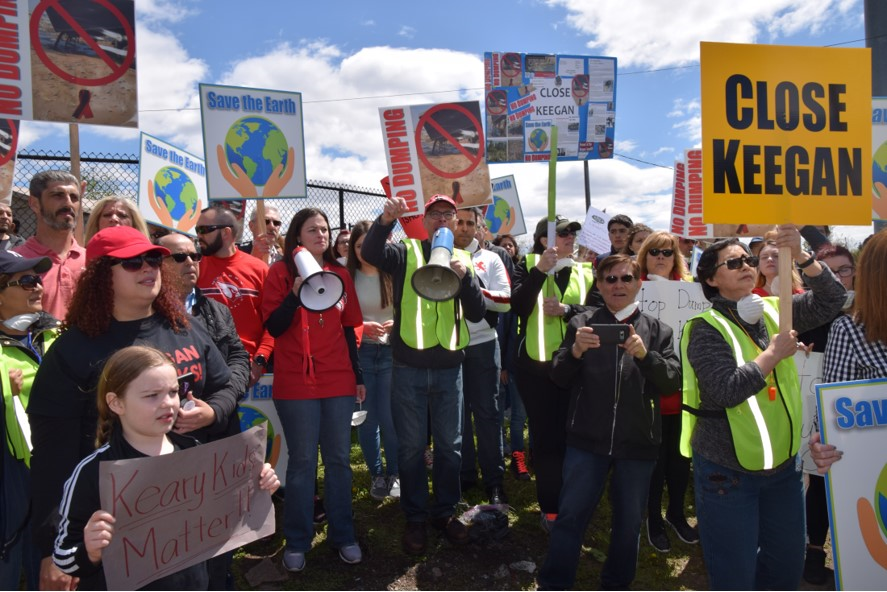 The order effectuates the permanent closure of the Keegan Landfill and sets forth a schedule for the installation by the NJSEA of a comprehensive gas collection system and an impermeable cap over the landfill to virtually eliminate hydrogen sulfide emissions.
See the order here.

According to Mayor Alberto G. Santos, the final order reflects the agreement reached with the NJSEA in early January. “While finalizing the details of the closure agreement took longer than expected, that was because of extensive negotiations on details related to the fill material, synthetic cap liner and permitting schedule with the NJDEP.  We wanted to make sure we fully protected the Town’s interests. We believe the signed closure agreement achieves that goal.”

For over a year, the community of Kearny sought closure of the Keegan Landfill, which is owned and operated by the NJSEA. The decomposition of construction and demolition waste generated noxious hydrogen sulfide emissions, creating public health and nuisance concerns. The community’s efforts to close the landfill included protests, petitions, phone calls, social media campaigns, and attendance at NJSEA meetings. Those efforts bore fruit at the beginning of the year when Mayor Santos and NJSEA Director Vincent Prieto announced the agreement to permanently close the landfill.