Kearny, NJ – On Wednesday, January 3, 2018, the Town of Kearny held its Inaugural Ceremony and Annual Reorganization Meeting in the Council Chamber of the Kearny Town Hall.

At the start of the ceremony, the elected officials were led into the Council Chamber by bagpiper Francis Raftery. Brandi-Leigh Enfinger Miller performed a beautiful rendition of the National Anthem, Reverend Peggy E. Holder-Jones offered the invocation and Pastor Tulio Abel A. DeSousa the benediction.

After the swearings-in, the Mayor and Council conducted their annual reorganization meeting at which they appointed citizens to various Town boards and committees. Council Member Carol Jean Doyle was re-elected Council President. They also appointed professionals for 2018, including the Town attorney, engineer and auditor.

Mayor Santos gave remarks on the state of the Town and his hopes for the future of Kearny. He and the Council Members thanked all of the residents who volunteer their time and talents to the Town. They also extended their gratitude to Town employees for their dedication and hard work.
Click here for Inaugural Address of Mayor Alberto G. Santos swearing in Ceremony 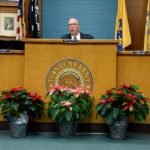 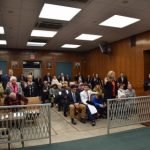 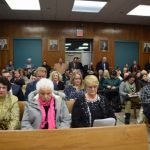 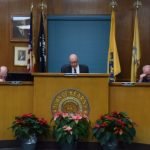 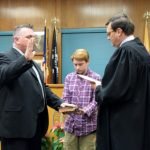 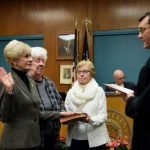 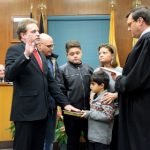 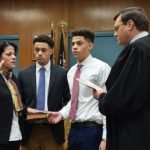 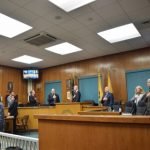 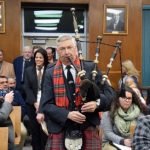 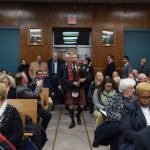 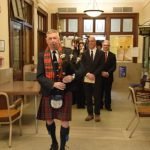