On Thursday, June 21, 2018, Mayor Alberto G. Santos and the Town Council, members the Kearny Community Garden, Rev. Elaine Connolly and members of the First Presbyterian Church of Arlington joined the family of the late Edward C. Bixler for a sign unveiling and dedication ceremony at the Community Garden. Ed Bixler’s wife, Margaret (Peg) Bixler assisted with the unveiling of the new sign.

The community garden was named for Edward C. Bixler, a lifelong Kearny resident. Ed was a graduate of Colgate University and served in the U.S. Air force, honorably discharged as a Captain. He was the third generation to join the family business, E.H. Bixler and Sons Real Estate and Insurance. Ed served as President of the Arlington-Kearny Board of Realtors and was active in the community, including serving on the Kiwanis Club and the Kearny Optimist Club. He was an active member of Copestone-Ophir Masonic Lodge for over 50 years and was a founding member of The Kearny Community Garden. In addition to his many civic commitments, Ed was an active congregant at the First Presbyterian Church of Arlington. He served as an Elder and sang in the choir for nearly 60 years.

Made up of local community residents and business representatives, the Kearny Community Garden was formed with the purpose of encouraging residents to participate in gardening through education, community engagement and green infrastructure projects. The community garden is located in Riverbank Park along Passaic Avenue and features a view of the river.

“The Edward C. Bixler Community Garden recognizes and remembers a wonderful man who loved his family and the Town of Kearny. I am proud to be able to dedicate this garden in his memory,” said Mayor Santos at the unveiling. At the ceremony, Mrs. Margaret Bixler thanked the Town, members of the Community Garden, Rev. Elaine Connelly, and members of the First Presbyterian Church for the beautiful tribute in honor of her late husband. 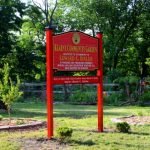 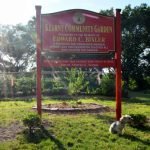 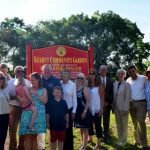 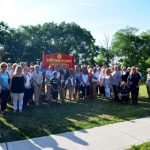 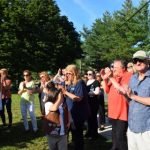 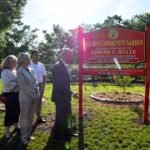 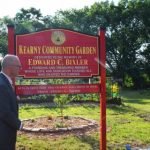 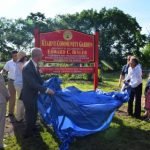 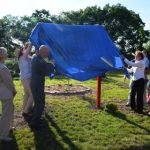 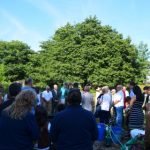 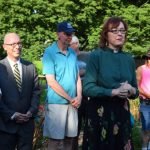