(Kearny, NJ) – On Tuesday, May 8, 2018, Mayor Alberto G. Santos and Councilmembers Albino Cardoso, Marytrine De Castro, Eileen Eckel, Carol Jean Doyle and Susan McCurrie held a Flag Raising Ceremony in the Reading Garden of the Kearny Public Library. The United States flag that was unfurled at the ceremony measures 111 inches by 51 inches and was donated by the US Veterans Association in honor of the late Dorothy Halpin Bolinger.

After graduating from Kearny High School in 1941, Dorothy Halpin Bolinger joined the United States Naval Reserve, better known as the WAVES (Women Accepted for Volunteer Emergency Service), who were the World War II women’s branch of the United States Naval Reserve. Dorothy worked in naval intelligence in Washington, D.C. as a Special Second Class. After the surrender of the Japanese on the U.S. Missouri, a communications officer teletyped the surrender to the Washington, D.C. Naval Intelligence group. It was Dorothy who took the surrender message off the teletype machine, thus seeing the signed surrender document before the President and the Secretary of War.

After the conclusion of the war, Dorothy returned to Kearny where she joined Western Electric (Kearny Works) and later became a supervisor for NJ Bell in Newark. She passed away in 2001. The flag was donated to the Town by Dorothy’s niece, Wendy Witterschein, and is visible from Kearny Avenue.

At the ceremony, Mayor Alberto G. Santos noted, “At the time of Dorothy’s service, the notion of women serving in the Navy was not widely supported. The persistence of several women laid the groundwork for the WAVES, allowing women to serve in the Navy. WAVES like Dorothy left behind a legacy of accomplishment, opening doors for later generations of women to secure a place in all military branches…. Our town is very fortunate that Dorothy was dedicated to the ideals of public service and that she made a lasting contribution to our country and community.” 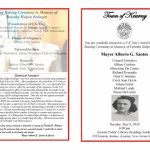 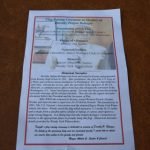 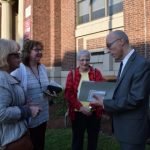 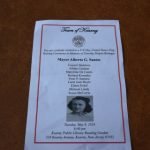 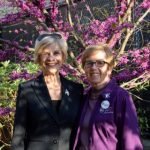 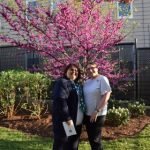 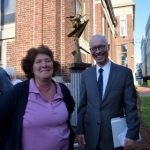 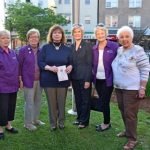 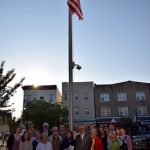 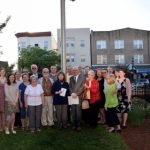 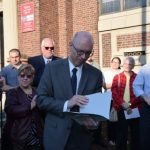 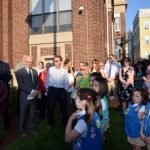 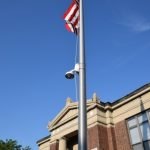 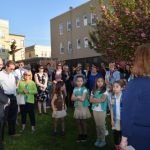 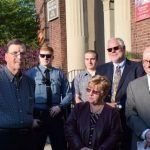 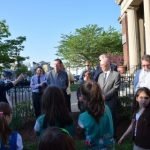 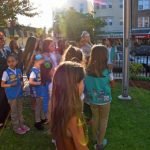 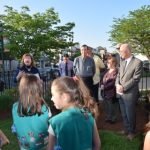 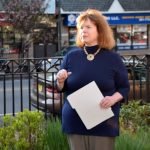 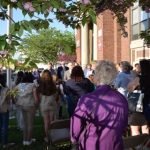