The building was ordered closed last year due to structural issues with the roof. To do the repair, the building’s roof rafters were pulled and re-secured to the sill plates and “collar ties” were installed on each roof rafter. The chimney was removed and replaced.
In addition, floor joists were secured by new joists bolted to the original joists. A new steel ledger was secured to the basement wall to support the ends of the floor joists. All columns were replaced as well as deteriorated flooring. The first floor bathroom was renovated and floor linoleum replaced throughout the building. Firefighters assigned to the station joined in the effort by relocating furniture and equipment, repairing damaged doors, replacing cabinets, and refinishing the original doors covering the pole holes.

During the ceremony, Mayor Alberto G. Santos described the Davis Avenue Firehouse as “the firehouse that could.” He explained, “this building has faced numerous challenges over the years yet, some 117 years after it was originally built, it remains a key component of the Kearny Fire Department’s ability to respond quickly to fire calls. It also serves as an important community resource for this neighborhood.” 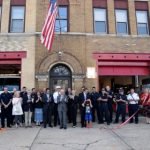 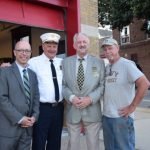 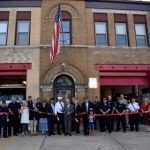 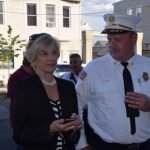 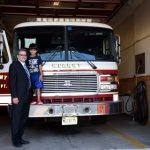 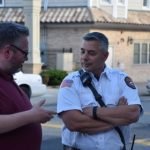 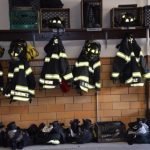 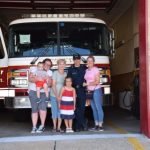 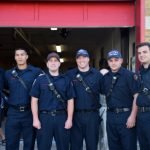 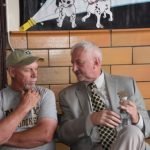 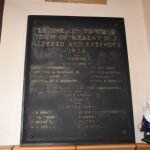 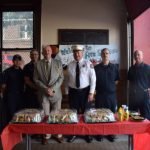