KEARNY, NJ – On Tuesday, December 5, 2017, Mayor Alberto G. Santos and the Town Council held a swearing-in ceremony at Town Hall for newly appointed Kearny Police Chief George King and Deputy Chief Scott Macfie. Mayor Santos administered the oaths and Kearny retired Police Chief John Dowie presented each with their badges. Mayor Santos commented, “This is a momentous transition for our Police Department and our Town. Our community is very grateful to have a highly effective police department that keeps us safe. We are also very fortunate have officers of the caliber of King, Macfie and Dowie to lead KPD.”

George King began his career with KPD as an officer in 1985 and was promoted through the ranks of Sergeant, Lieutenant, Captain and, in 2004, Deputy Chief of Police where he supervised the Patrol Division, the South Kearny 2nd Police Precinct, the Traffic Bureau, the Community Policing Division, the Police Sub-Station and the Tactical Services Unit. Over the years, he has received numerous honors including the Combat Cross, Life Saving Medal, Policeman of the Year, Valor Medal from the American Legion and Shield Award. Our community also knows well his passion for Irish heritage and music as he is a longtime member of the St. Columcille United Gaelic Pipe Band of Kearny.

Scott Macfie joined the Kearny Police Department in 1990. He was promoted to Lieutenant in 2001 and Captain in 2008, most recently serving as the Detective Bureau Commander. He too has received multiple honors for his service including Policeman of the Year. He proudly participates in the Tour De Force, an annual memorial bicycle ride to honor the victims of 9/11 through which law enforcement officers from across the U.S. raise funds for the families of law enforcement officers killed in the line of duty. 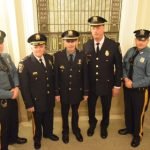 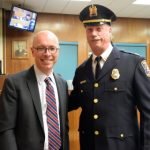 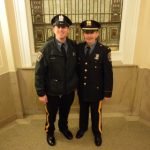 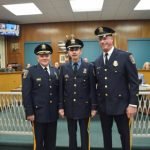 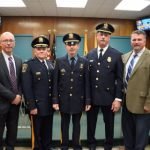 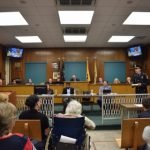 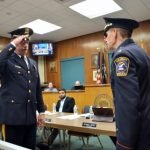 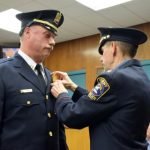 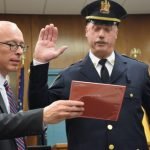 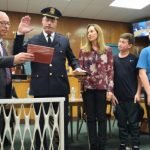 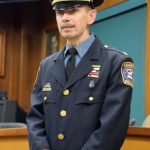 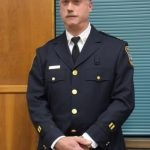 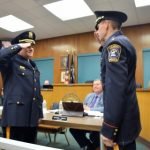 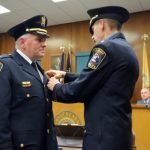 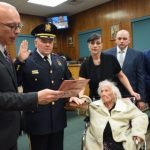