On Tuesday, March 22, 2022, during the Regular Meeting of the Mayor and Town Council, Mayor Alberto G. Santos, the Town Council and Kearny Police Chief George King held a swearing in ceremony for newly promoted Police Lieutenant Joseph Vulcano and Police Sergeants Dean Gasser and Timothy Castle.  Chief King and Mayor Santos addressed members of the Kearny Police Department, including the newly promoted officers, and their family and friends who gathered at Town Hall to witness the administration of the oaths of office and the pinning of the officers’ badges. 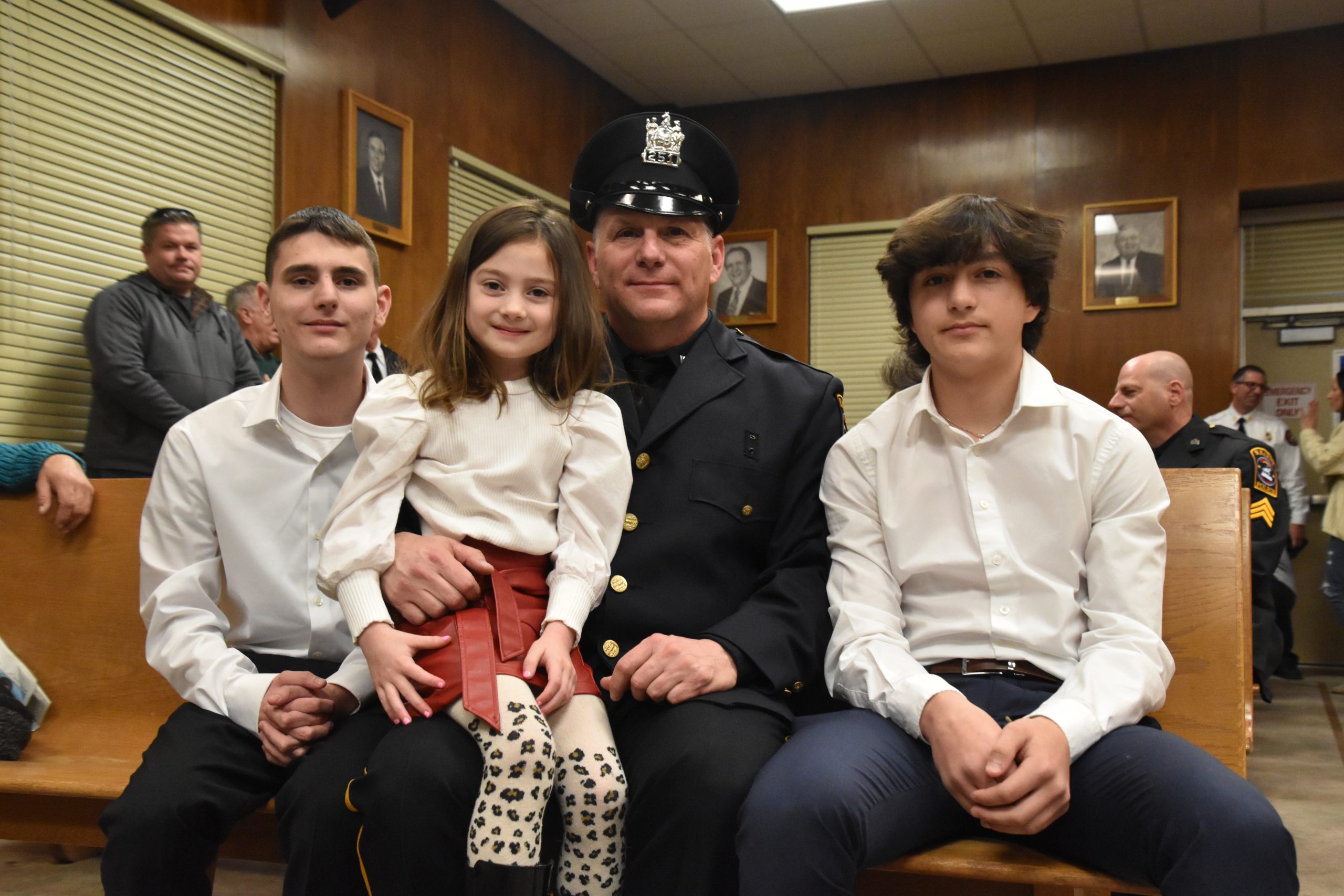 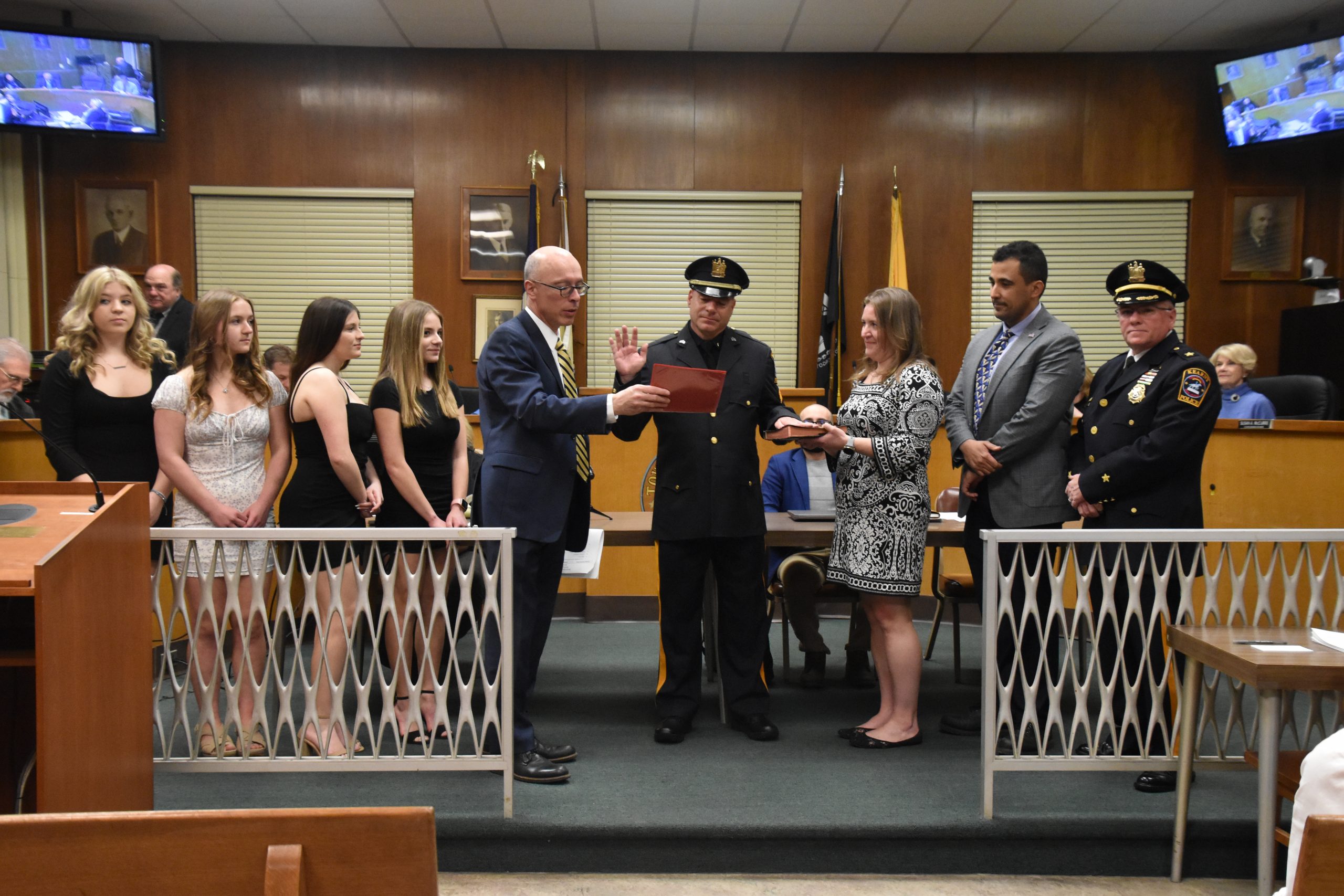 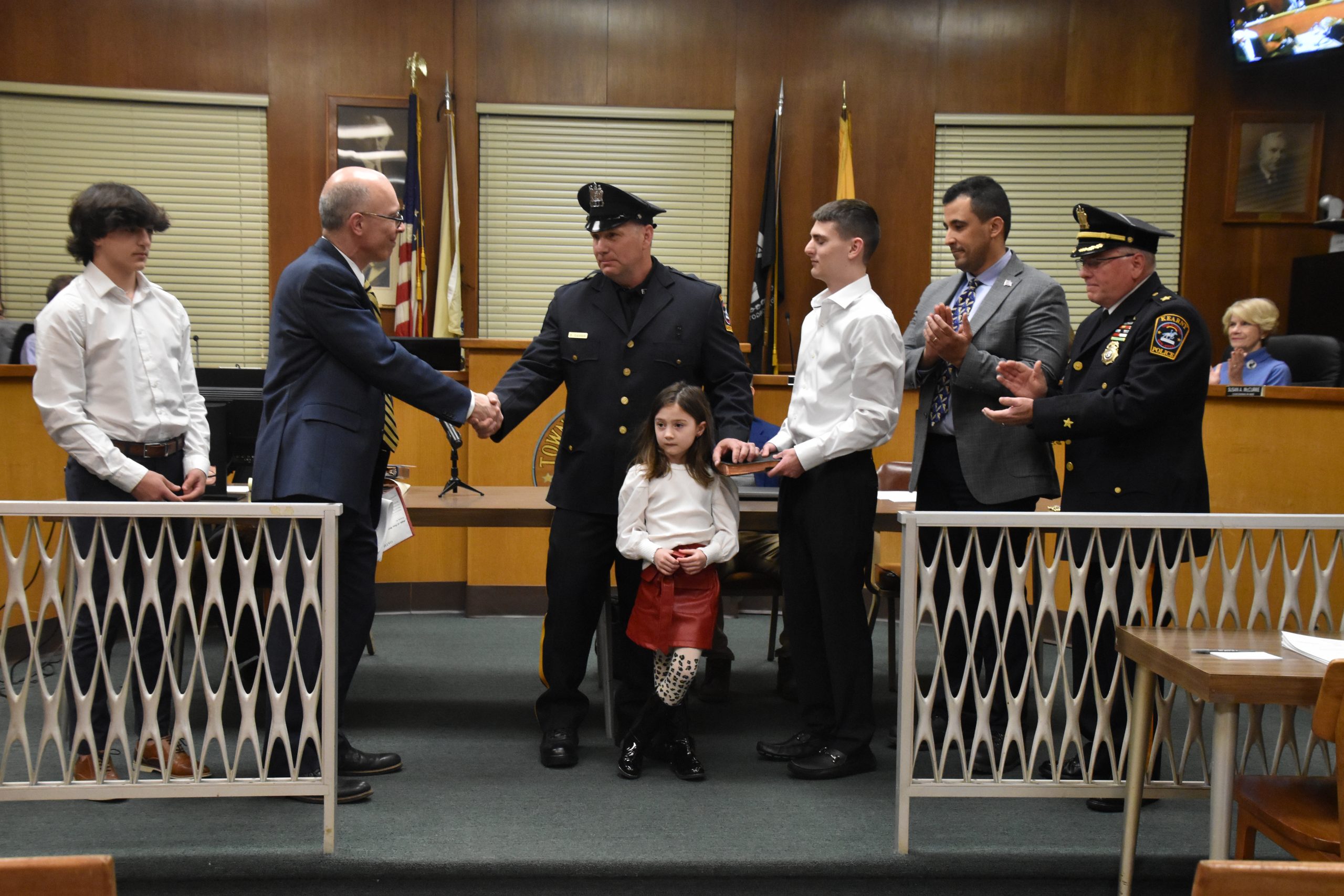 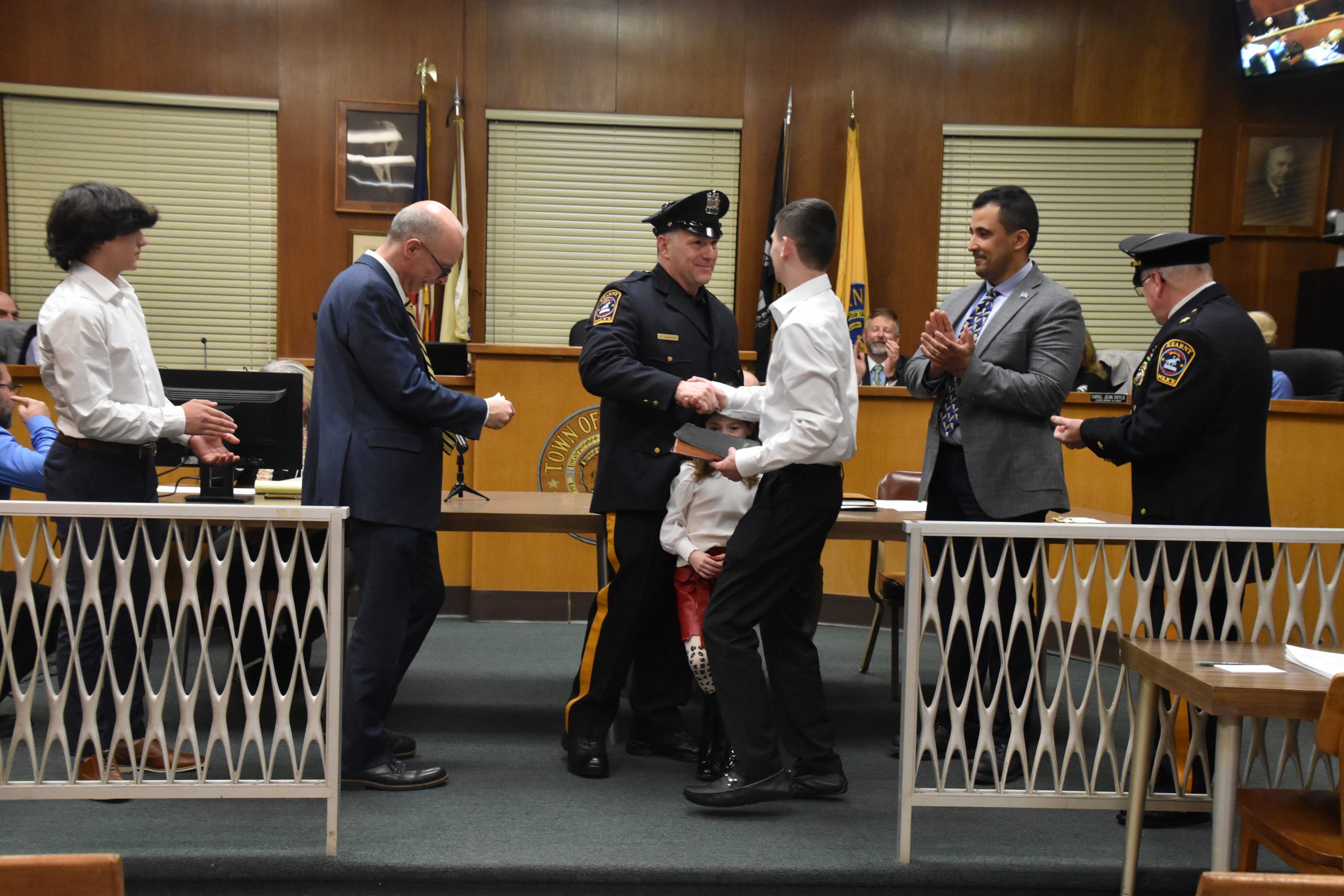 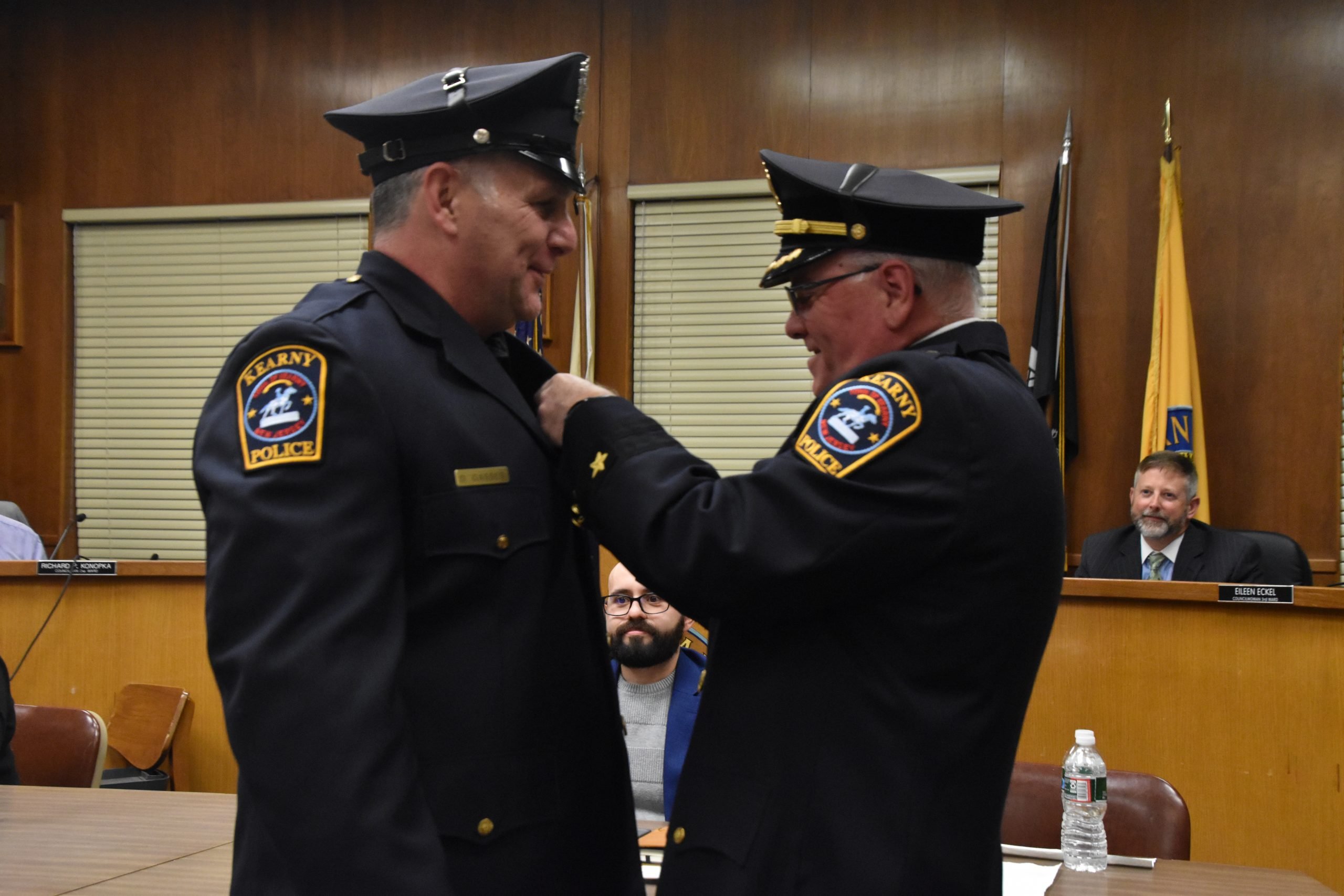 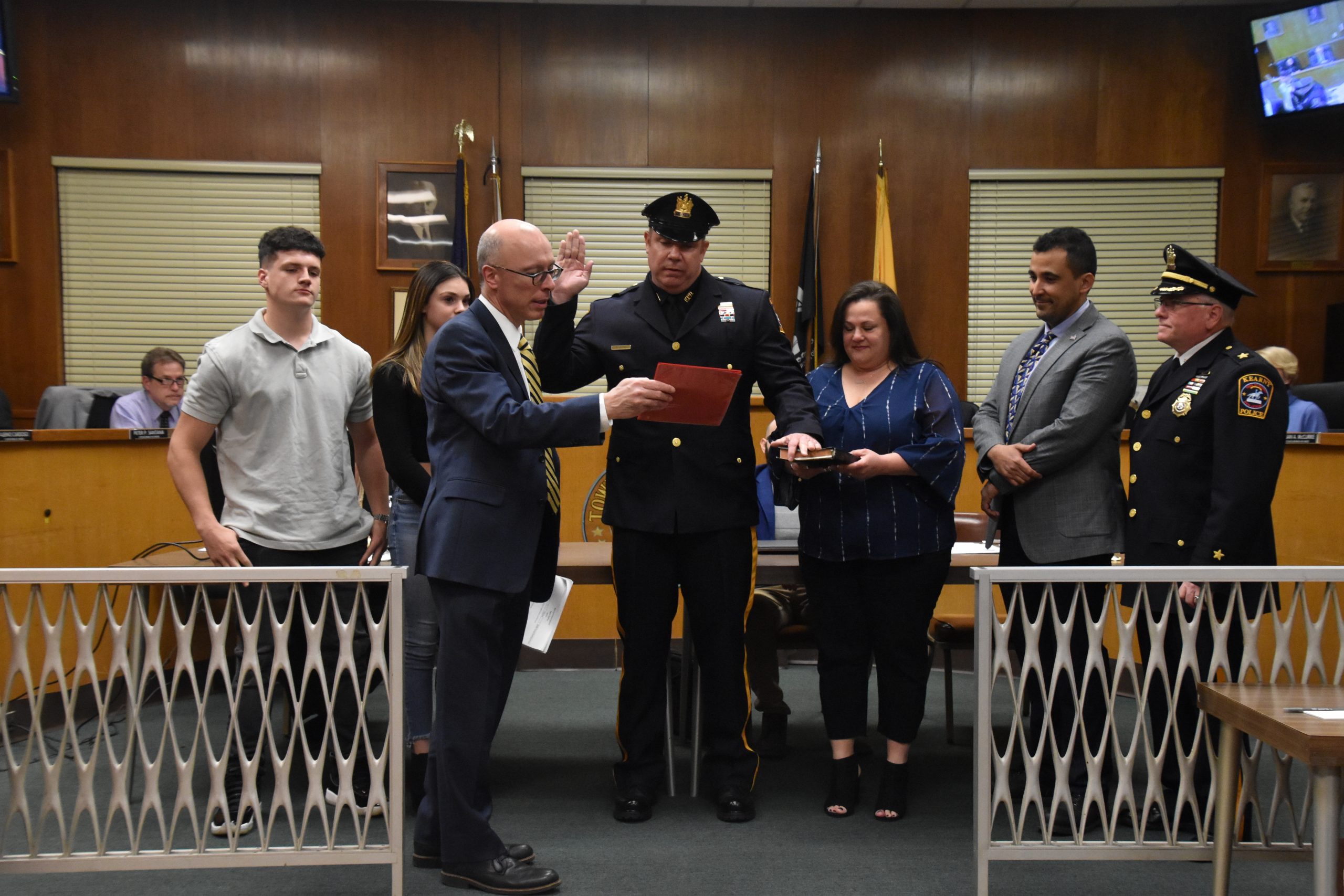 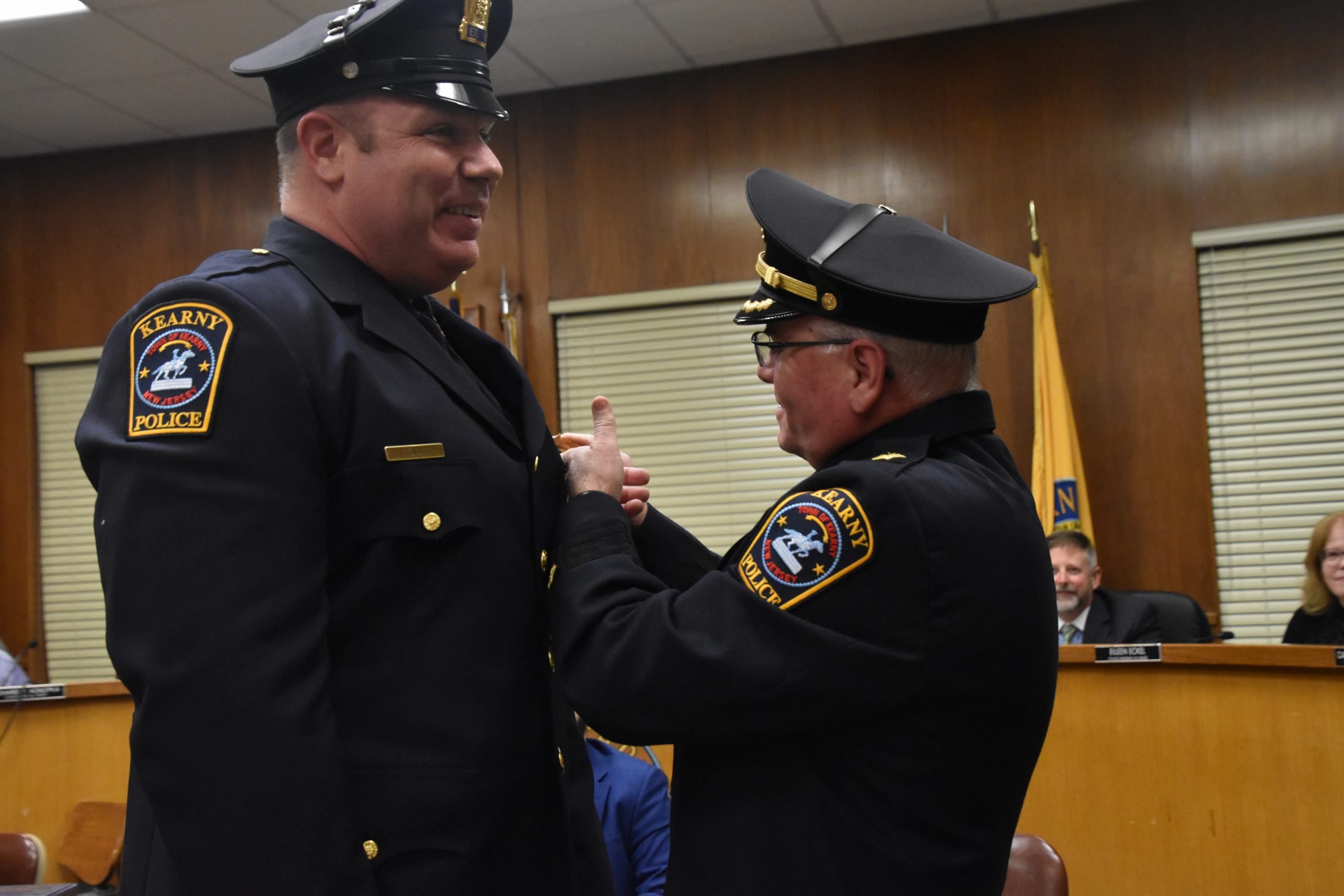 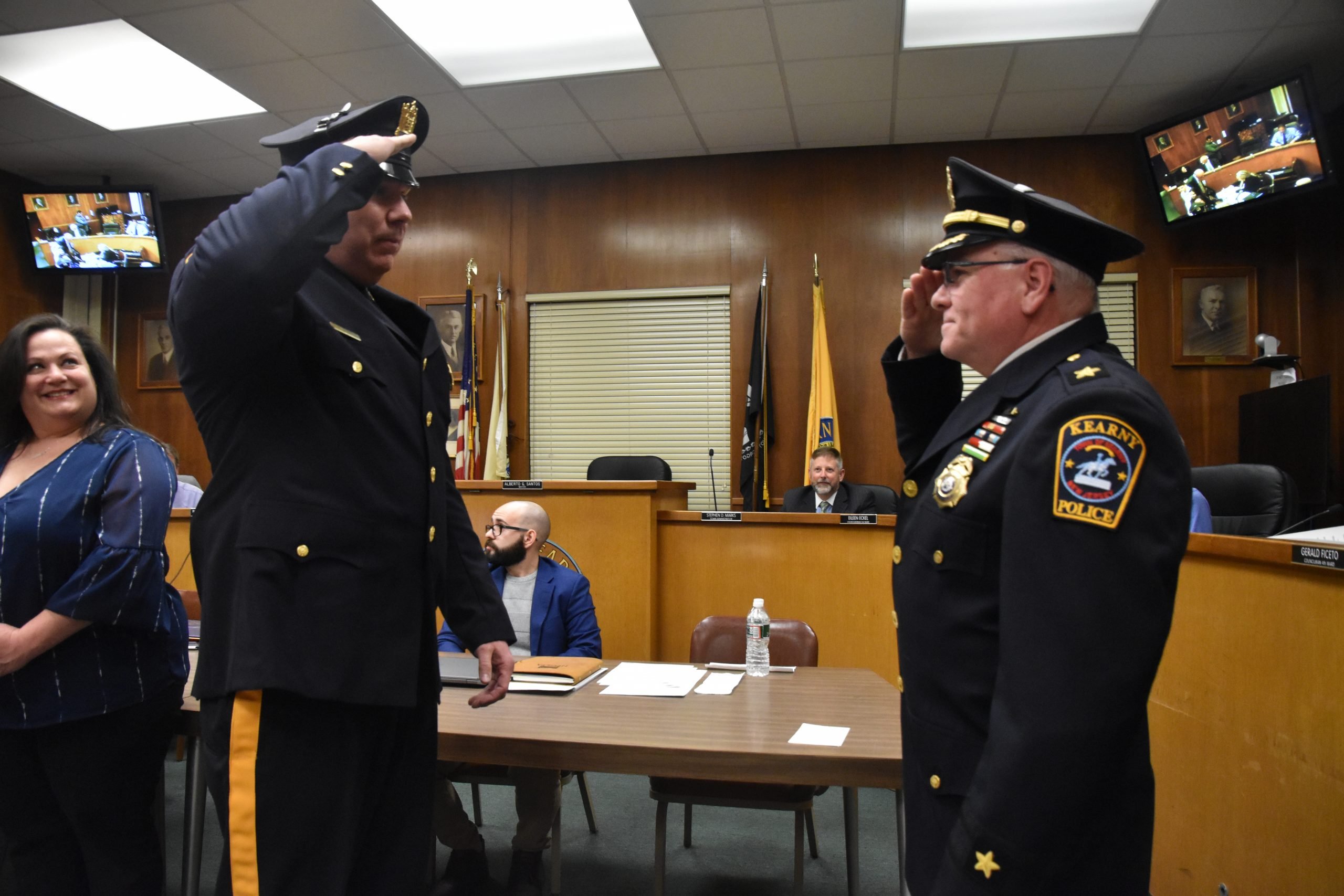 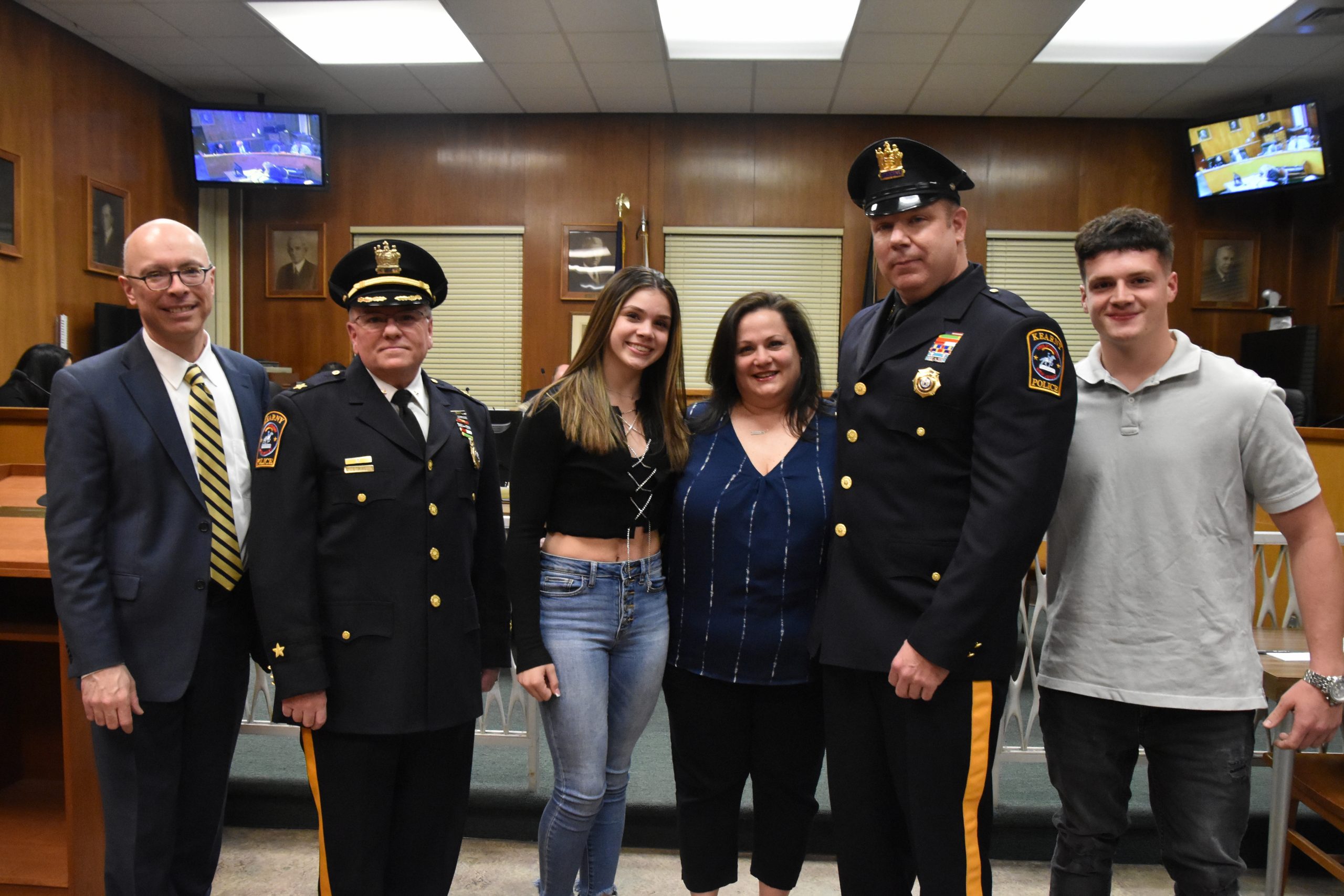 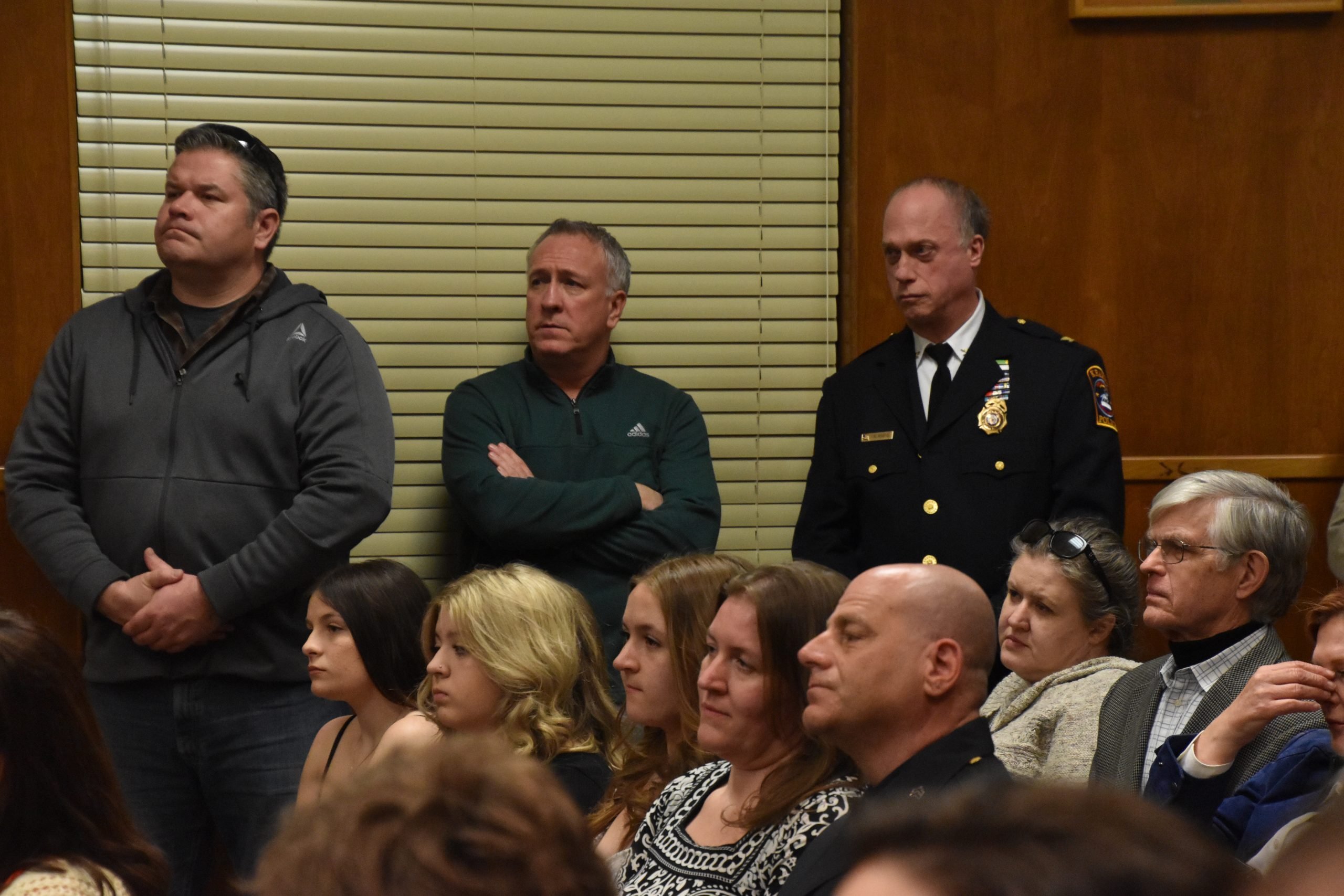 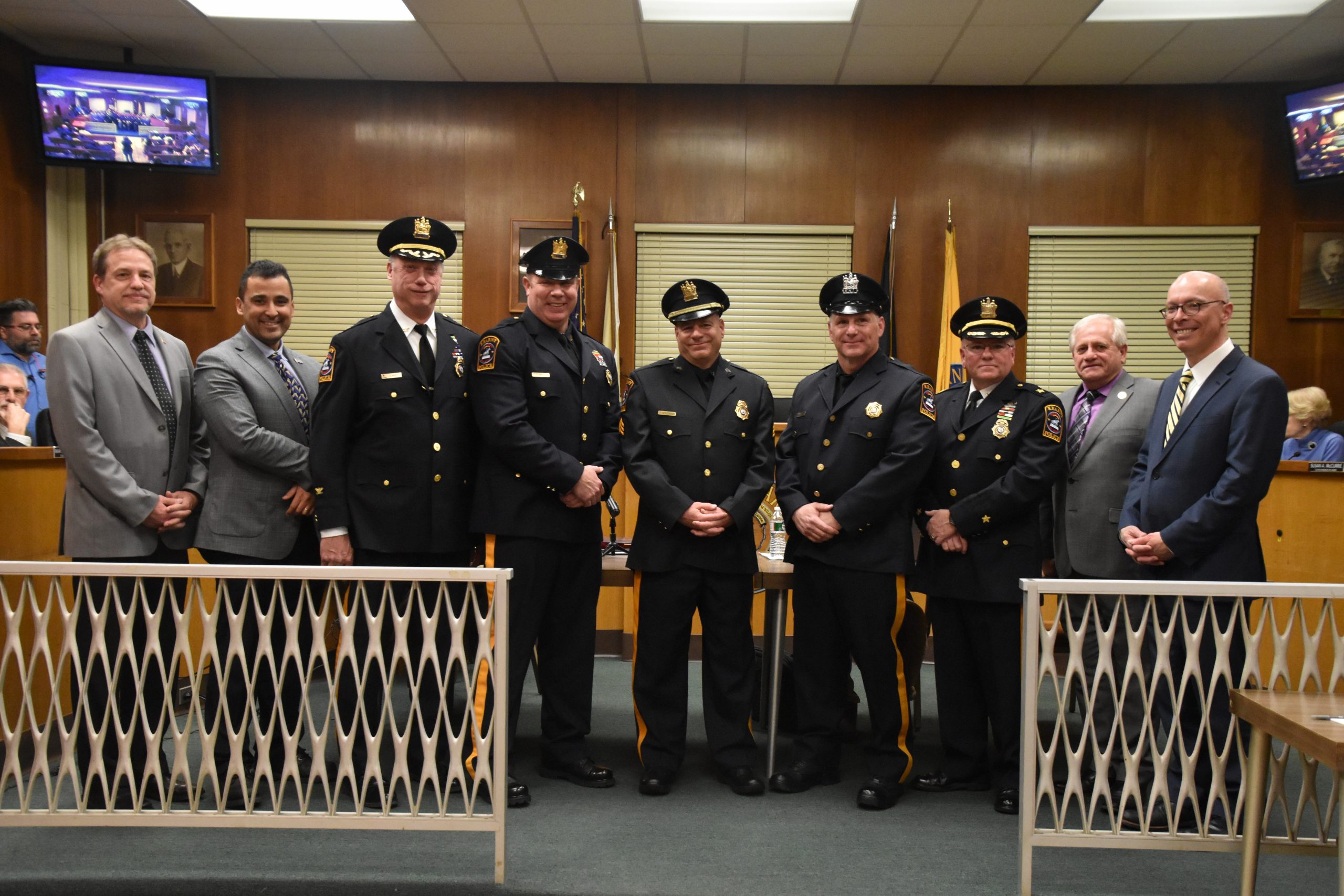 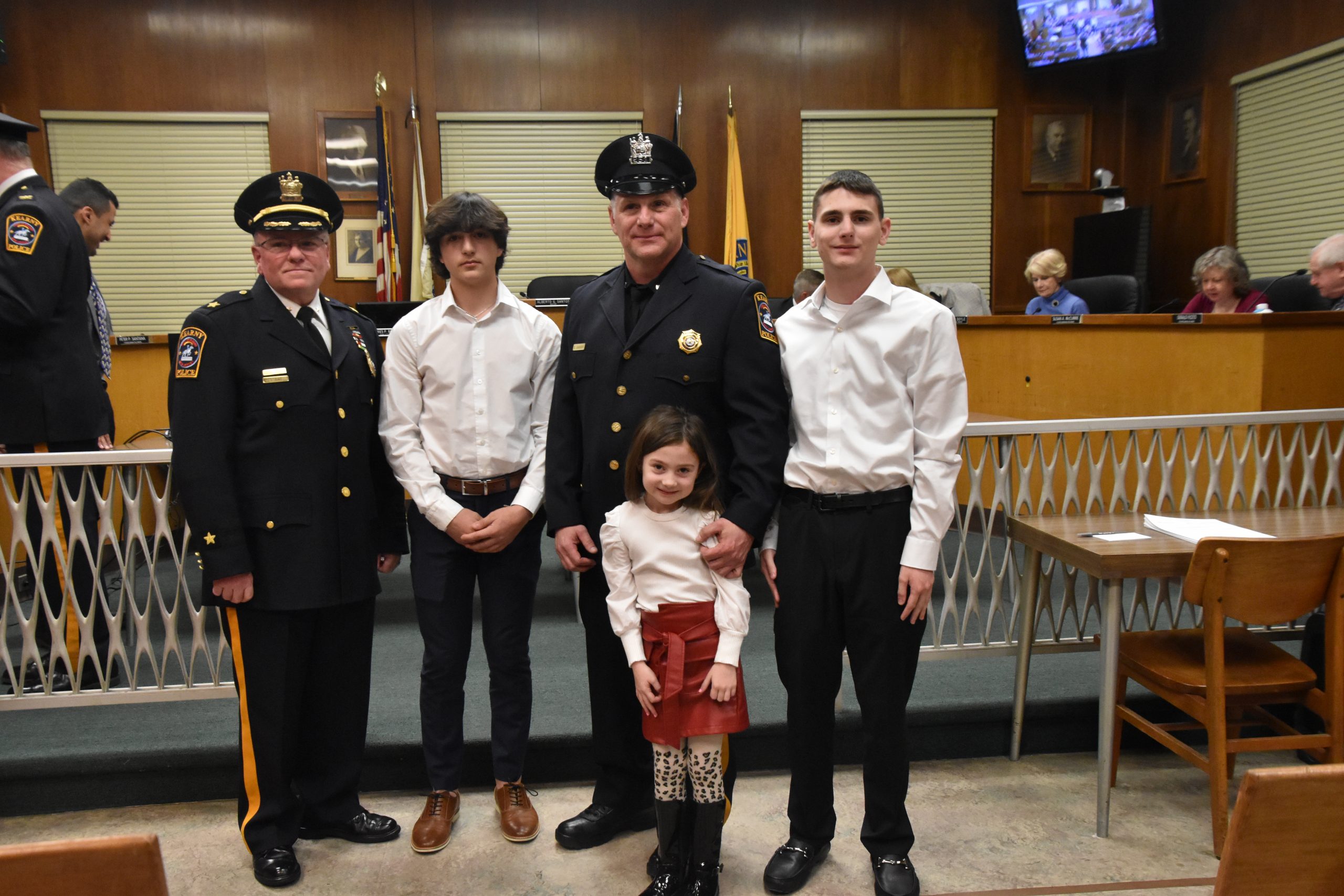 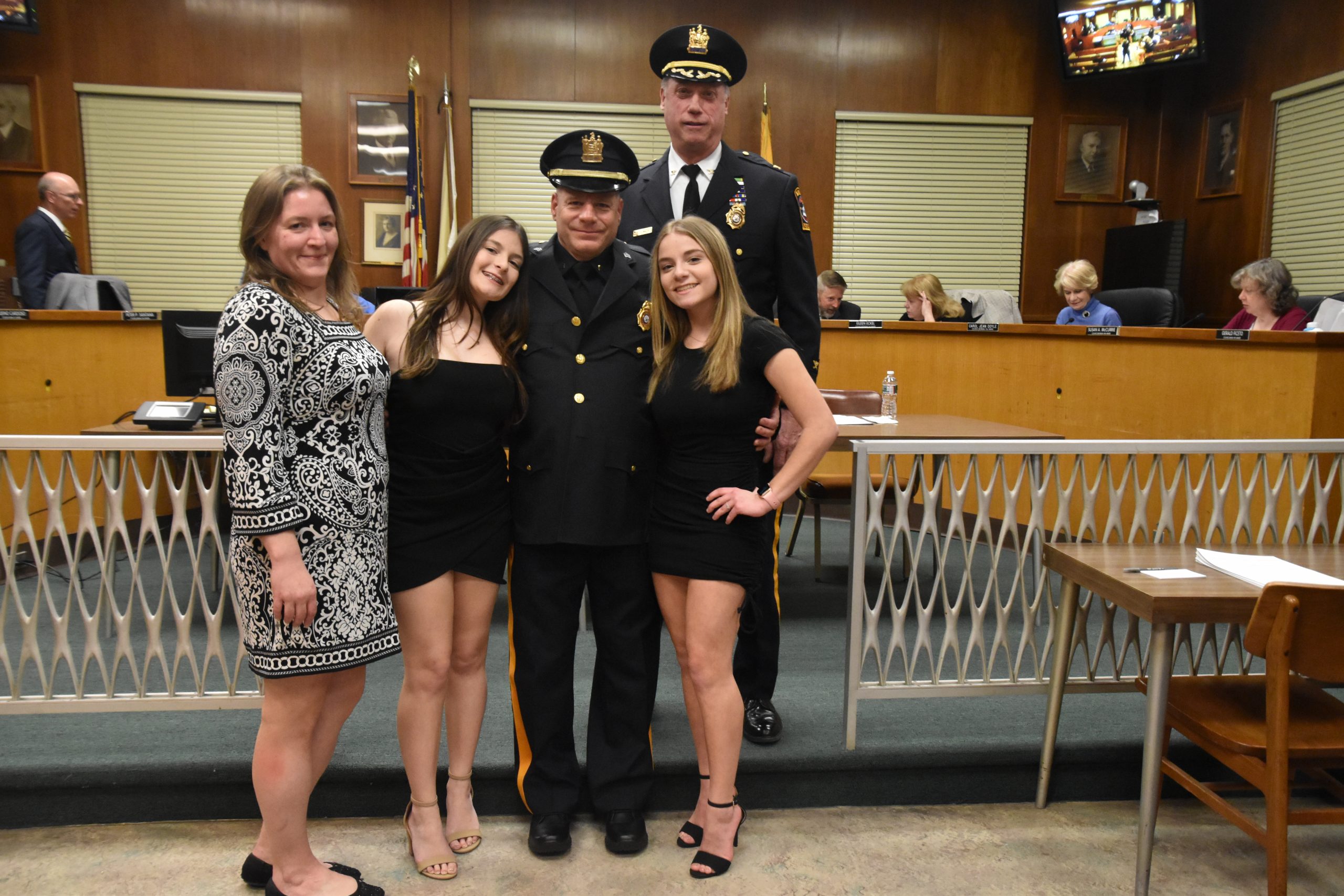 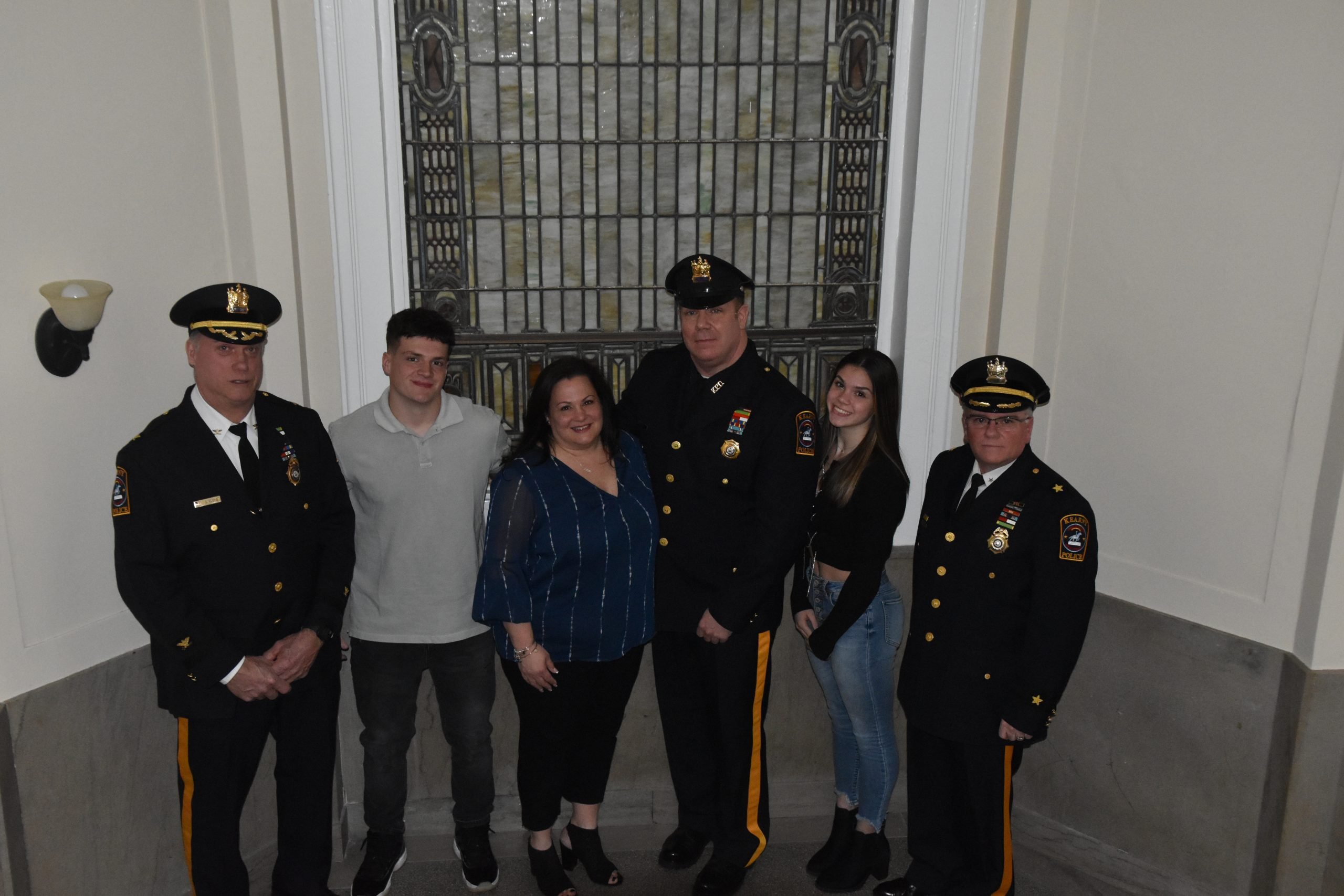 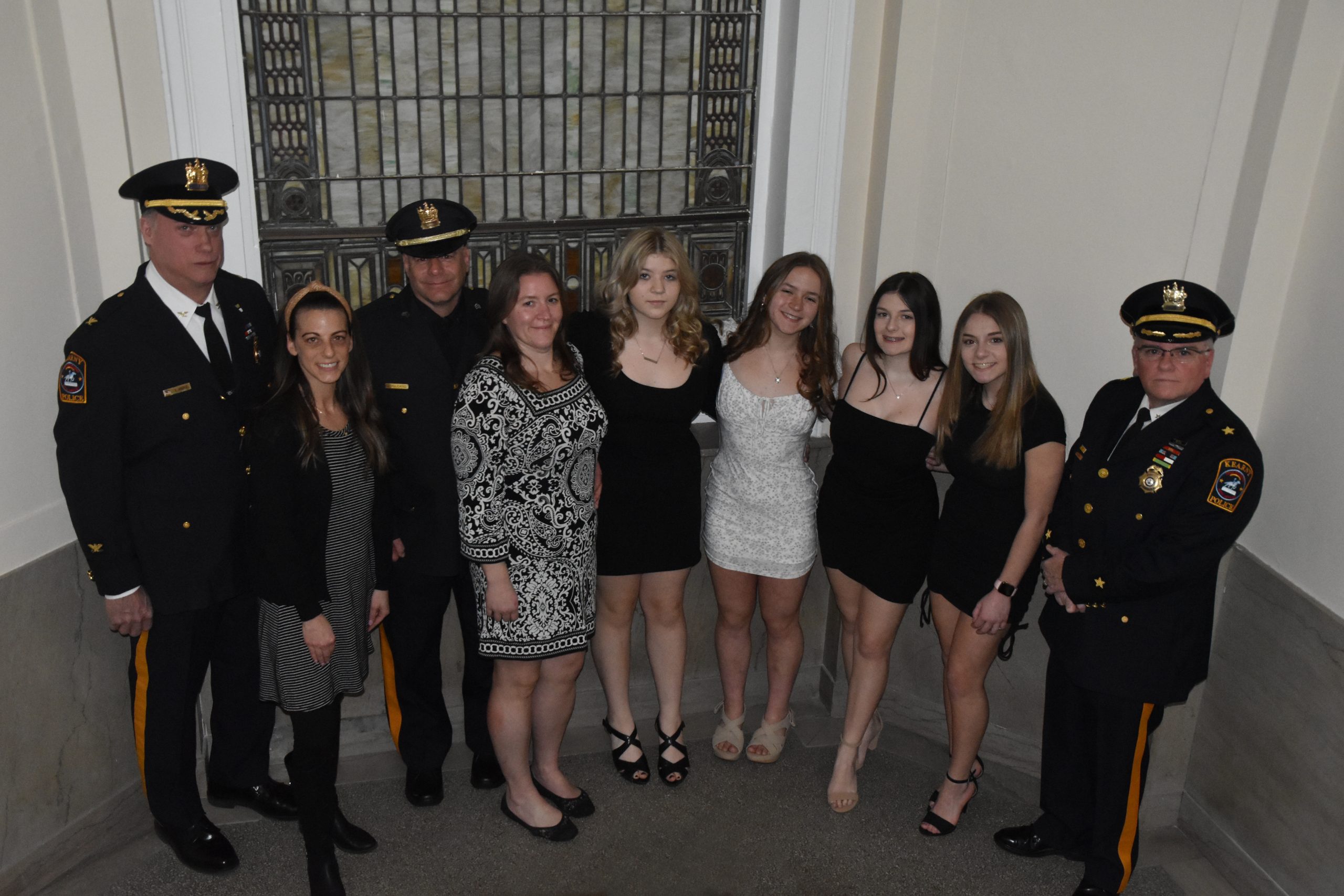 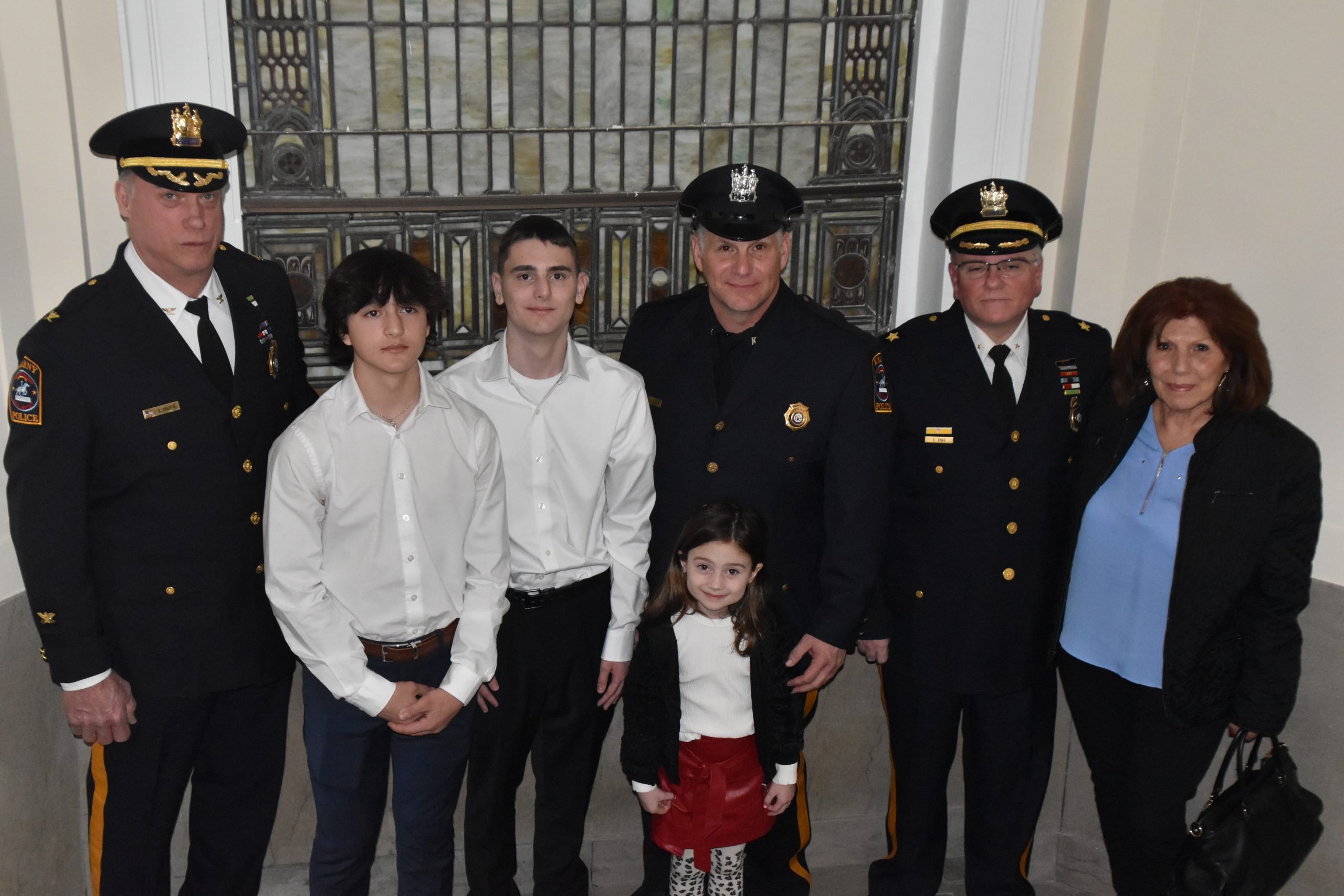