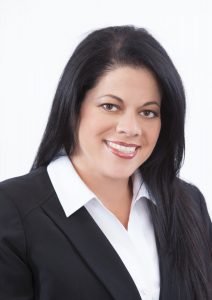 mdecastro1stward@gmail.com
Councilwoman Marytrine De Castro is a Registered Nurse licensed in the State of New Jersey and New York. She attended Franklin School and Kearny High School and is a graduate of Hudson County Community College and Bayonne School of Nursing. Marytrine is a member of the Portuguese Cultural Association of Kearny and attended the Kearny Portuguese School, officially known as Escola de Língua e Cultura Portuguesa de Kearny.

Councilwoman De Castro served as a member of the Kearny Environmental and Beautification Committee and the Board of Health. She was a volunteer for many years at West Hudson Hospital in Kearny and a volunteer coach in Kearny Recreation. Marytrine worked as a Hudson County Board of Elections District Board Worker and volunteered with the Kearny Democratic Party.

Councilwoman De Castro currently serves as a volunteer member of the Hudson County Family Part Juvenile Conference Committee and is an active member in several local service organizations including the Queen of Peace Home School Association and the Harrison Lions International. She has supported and volunteered in the Passaic River Clean-up, March of Dimes WalkAmerica, Breast Cancer Walk for the Cure and the Lupus Walk.

Councilwoman 1st Ward Marytrine De Castro has lived in the Town of Kearny 43 years and has been a resident of the First Ward for the past 21 years. Marytrine is the proud parent of two sons, Jordan and Chad and daughter of Albano and Maria Fernanda De Castro. She has two sisters, Lyla and Silvina.

alcard8@gmail.com
Councilman Albino Cardoso has lived in Kearny’s First Ward for more than 28 years. He is married with 2 sons, both educated in Kearny Public Schools. He is retired from his position as the Supervisor of Maintenance at R P Baking, LLC (the former Pechter’s Bakery) in Harrison, NJ.

Councilman Albino Cardoso is an active and involved citizen who served as a Commissioner on Kearny’s Zoning Board of Adjustment for eight years, including five years as Vice-Chair of that Board. He currently serves as the Liaison for the Municipal Court, Chairperson of the Building and Grounds Committee, Commissioner on the Finance, Police, Fire, DPW, commissioner for the KUEZ and Recreation and Insurance Committees.

He supports and volunteers for the Passaic River Annual Clean-up, He supports the Saint Jude Hospital Cancer Research Center and Christian Foundation for the Children and Ageing. He is a member of the Parish Council at St. Cecilia’s Church in Kearny and serves as President of the Portuguese Holy Family Association.

Councilman Cardoso is a member of the Portuguese Cultural Association of Kearny. He was a mentor for the construction of the monument to honor the Luso-Americans to the Town of Kearny. He supports the Portuguese American Association which dedicated the newly renovated recreational park area to Frank Cardoza on the Passaic River in Riverbank Park on June 2, 2014 and he is a Committeeman of Kearny’s Democratic Party.

Councilman Konopka moved to Kearny in 1996. He married his Brazilian born wife Nelia in 1998 and moved to the 2nd Ward. They purchased their home in 2001 in the 2nd Ward where they live with their two sons Jacob and Joshua. He also has another son, Richard “Junior” from a prior marriage.

Councilman Konopka has been employed at Passaic Valley Sewerage Commission since 1981. He holds the position of Maintenance Superintendent II of Instrumentation and Electrical. He served on the Zoning Board of Adjustments for the Town of Kearny for 13 years and held the position of chairman the last 2 years he served.

He volunteers his time coaching varies sports for the Kearny Recreation Department. He enjoys spending time with his family. 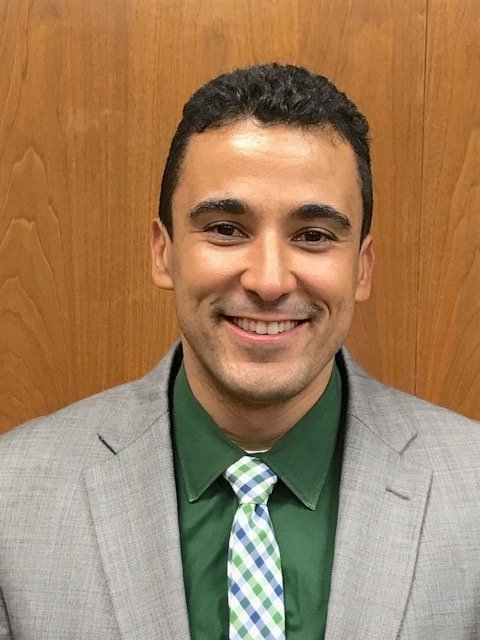 pete2ndward@gmail.com
Councilman Peter Santana is a naturalized citizen who was born in Brazil. He resides in Kearny where his family has deep roots in the Kearny-West Hudson area. Mr. Santana graduated from the Faculdade Rui Barbosa College in Brazil, where he achieved his Bachelor of Science in Computer Science. He has also completed a Master of Arts Degree in Educational Leadership from Saint Peter’s University.

Councilman Santana married his wife Renata in 2013. He currently works for the Harrison Board of Education as a Director of Instructional Data Management Services, as well as for the Hudson County Schools of Technology as the Director of the Adult High School night school program at the Harrison Center. He was appointed in February 2017 to fill a vacancy on Kearny’s Town Council representing the 2nd Ward.

Councilman Santana has served as a member of the Blue Ribbon Committee which resulted in the U.S. Secretary of Education recognizing Harrison High School as one of the 286 National Blue Ribbon Schools for the year 2013. Mr. Santana also volunteers for many civic and school activities; most notable is his participation in Harrison Education Foundation’s annual Golf Outing Fundraiser that provides scholarships to graduating seniors.

A homeowner on Davis Avenue in Kearny’s 2nd Ward, Mr. Santana is committed to doing everything possible to keep Kearny’s status as a great place to live and work. 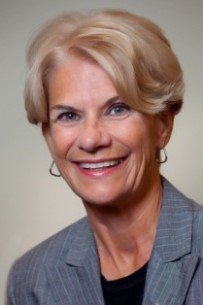 caroljean.doyle@yahoo.com
Third Ward Council Member Carol Jean Doyle has lived in Kearny over 50 years and has served on the Council for 20 years. She presently serves as Council President, as Chairperson of the Finance Committee and a member of the Department of Public Works Committee. She is also the Council Liaison for Senior Citizens, the United Veterans Organizations and the Kearny Museum.

Carol Jean Doyle was married to the late Norman A. Doyle, Jr.; they have two children Meghan and Norman III. She is the proud grandparent of Ryan and Kelsey. 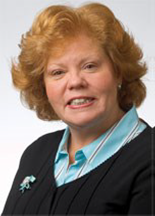 anglesea324@aol.com
Third Ward Councilwoman Eileen Eckel took her seat in January 2005. Mrs. Eckel has served as chair of the Fire Committee and has been the Fire Commissioner for 8 years. During her tenure she has been intricately involved with the revitalization of the KFD and is proud to see the Department reach its current staffing level. She is the Council Liaison to the Kearny Public Library where she provides communication between the Board of Trustees and the Town of Kearny. Mrs. Eckel sits on the Affordable Housing Board. She is a member of The Friends of the Kearny Public Library and most recently joined the Sesquicentennial Committee to work on the 150th celebration of the Town of Kearny.

Eileen and her husband Tom are the proud parents of Brian and Tara. Both Brian and Tara attended Kearny Public Schools where Mrs. Eckel played an active role in the PTA. She was the President of Schuyler School PTA for 3 years. Mrs. Eckel was elected to the Kearny Board of Education in 2001 and served for 4 years on various committees including contract negotiations. She is a former member of the Kearny Zoning Board. She is a member of The Friends of Erin.

Councilwoman Eckel was named Hudson County Woman of the Year in 2016. 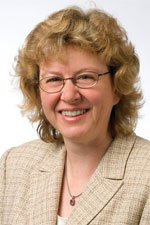 susan@mccurrielaw.com
Council member 4th Ward Susan McCurrie has served as a Fourth Ward Council member since May 2004. She currently serves as chairs of both the ordinance committee and insurance committee, and sits on the finance, fire and senior citizens committees. Councilwoman McCurrie, since its inception 10 years ago, helped developed and manage the annual Kearny Farmers Market, a Jersey Fresh market. She also assisted with two key competitive applications which provide access to many environmental grants and development resources, those applications resulting in Kearny’s designation as a Sustainable Jersey community and the Passaic Avenue Redevelopment Zone as a NJDEP Brownfields Designation Area.

Born and raised in Kearny, Ms. McCurrie is a graduate of Kearny High School, Seton Hall University (B.A. English) and New Jersey Law School. She is admitted to practice law in New Jersey and New York. After law school, she clerked for the Hon. John A. McLaughlin in the Superior Court of New Jersey, Hudson County and was an attorney for the New York City Human Resources Administration, Estate/Medicaid division. She was also special counsel to the town for the senior housing project on Schuyler Avenue and attorney for the Kearny Enterprise Zone Development Corporation. She has been a member of the McCurrie McCurrie & McCurrie law firm, having practiced with her father Paul and her brother Stephen. She currently works as an Assistant County Counsel with the County of Hudson.

Ms. McCurrie has been an active member of many service, social and professional organizations including: Commissioner on the KUEZ Board, the Kearny Friends of Erin, the West Hudson Bar Association, the West Hudson Kiwanis Club, and the Arlington Player’s Club. 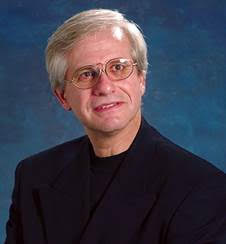 gficeto4thward@gmail.com
Fourth Ward Councilman Gerald Ficeto is a lifelong resident of Kearny and a product of the Kearny Public Schools. After graduating from Kearny High School, Mr. Ficeto attended Montclair State College where he earned a Bachelor of Arts degree in Music Education and a Teacher’s Certification for the State of New Jersey. He attended New Jersey City University where he earned a Master of Arts degree in Music Education with a concentration in conducting.

Mr. Ficeto taught in the Kearny School district for 25 ½ years until his retirement. Presently he is the Director of Bands and Small Ensembles at Stevens Institute of Technology where he has been an Artist in Residence since 2004 and serves as the Stevens Archery Coach.

Mr. Ficeto is a founding member of and volunteers his time regularly at West Hudson Arts & Theater Co., a non-profit arts organization in Kearny. When his children were of age, he volunteered coaching basketball and softball with the Kearny Recreation programs and was the volunteer director of the Pioneer Boys of America Drum and Bugle Corp.

Among his many professional associations, he is a Life-Member of the New Jersey Congress of Parents and Teachers; the New Jersey Education Association and ASCAP. Mr. Ficeto has been married forty years and is the father of two daughters.